Boldly Building a Silicon Valley in Canada… for Mining 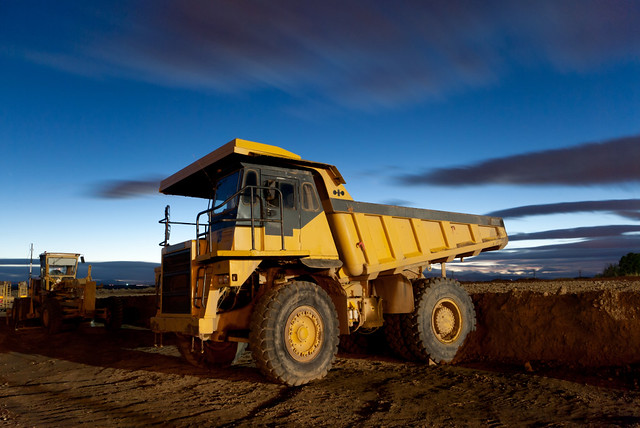 Toronto, Kitchener-Waterloo, Montreal, and Vancouver are all recognized tech clusters in Canada. But the story around a new hub in Sudbury, Ontario can be traced back to a round of golf between Kirk Petroski, the CEO of Symboticware, and Dick DeStefano, the Executive Director of SAMSSA (Sudbury Area Mining Supply and Service Association), where Petroski urged DeStefano to speak to MaRS about mining innovation.

As some VCs and consultants have argued, building the next Silicon Valley means a community should not try to replicate the Valley, but that the community should work towards differentiation and being the best in a specific domain. By all accounts, Greater Sudbury, home to approximately 160,000 and a major producer of nickel, is on its way to becoming the Silicon Valley of underground mining technology.

While the formation of the cluster may be an anomaly, the growth trajectory and development direction are not. These two points became abundantly clear when DeStefano, a self-professed disciple of Harvard Business School’s Michael Porter’s theories, shared his vision of turning Sudbury into an underground mining ecosystem and his journey as one of the pioneers.

“In 2001, I took myself out of retirement, researched the Sudbury community, and looked at companies. I tracked them down and invited them to get together. Only six people showed up to first meeting,” DeStefano recounts the early days of his mission to focus Sudbury’s talent and energy in mining supply and technology.

Of those six people, two left early saying it would never work, but the rest said they were willing to help and the community grew from there. Eventually, SAMSSA was formed with a mission to provide the most innovative mining supply/products/services to the world. The impact has spilled over to neighbouring cities such as Timmins, North Bay, and the rest of Northern Ontario. Today SAMSSA has 130 corporate members.

The work of DeStefano and other leaders in the past decade illustrates Brad Feld’s recommendations onhow to build a startup community. Sudbury’s support systems for mining innovation and entrepreneurship are strong:

Given that the right people and the right resources are in place, it is not surprising that mining supply companies in Sudbury and Northern Ontario are innovating. For example:

It is also not a coincidence that both Boudreau and Petroski had been leaders at SAMSSA before. That said, there are upcoming leaders and entrepreneurs in Northern Ontario looking to create the next big thing. They are commercializing sensor technologies for gas leaks, robotics systems for underground mining, drones for surveying, advanced rock fragmentation analyses, and remote connected drilling. The goal is to make mining operations more productive, much safer, more environmentally friendly, and much more sustainable.

Mining and Metals Sector and Internet of Things

Sharp-eyed readers probably noticed that many of these innovations are based on the Internet of Things, a key technology revolution that is estimated to connect billions of devices and be worth multi-trillion dollars by the next decade.

That said, adoption of IoT in the mining industry is not a slam dunk: a recent MaRS Market Insight reportinvestigates the mining market trends, technology, and ecosystem opportunities.

A 2010 study showed the fruits of the work done by these builders, leaders and feeders. Northern Ontario’s mining supply sector was valued at $5.6 billion, where Sudbury accounted for more than 70% of the total.

However, DeStefano knows that his mission is far from over. He wants not just members of SAMSSA, but the entire Northern Ontario community, to fully embrace innovation as one of the most important engines of growth.

It is a strong message. One that not just Northern Ontario, but perhaps other regions across Ontario and the rest of Canada should heed. Without a doubt, this is how “anomalies” become a global industry focal point.