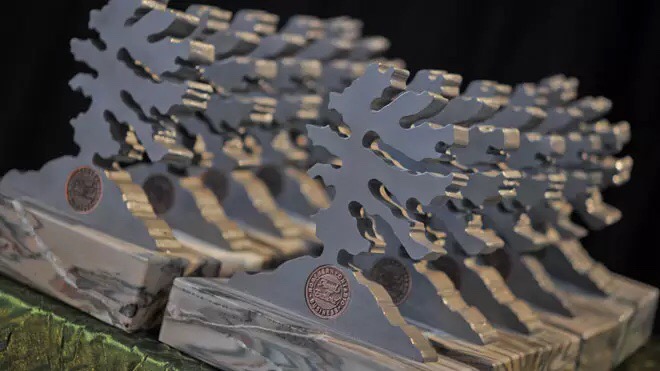 Braving the biting winds of Baffin Island was a great proving ground for a Sudbury technology company to develop a revolutionary modular device for the harsh extremes of the mining industry.

Born and raised in Timmins, Petroski’s bloodlines in the mining industry run deep. His grandfather, Nicolas, worked at the Hollinger gold mines in the 1920s.

Petroski began working for Falconbridge as a field tech in the early 1990s, and even started his own exploration services company in his 20s before moving to Sudbury to complete an MBA at Laurentian University.

He realized an opportunity to leverage technology to a growing need in the mining industry for data-gathering software in rugged environments.

After establishing Symboticware in 2008, his initial work took him to Baffin Island to collect weather station data for a mining company, recording temperature, humidity, and barometric pressure, and transmitting that data by satellite.

His work caught the attention of Sudbury’s Centre for Excellence in Mining Innovation, Vale and Glencore, which saw his technology as directly applicable to underground mines, which were devoid of wireless infrastructure and where there was no way of tracking the performance of mobile assets.

His resulting flagship product is the SymBot, a hardware/software platform black box used on underground vehicles. Network connectivity in mines is typically limited. Equipment moving through the regular work cycle experience intermittent connectivity, so continuous monitoring on surface of maintenance, production, emissions and other safety data is impossible.

“You’ve got dead spots in a mine so that’s what we deal with. That’s part of the real focus on the SymBot,”said Petroski.

The SymBot allows for wireless transmission of infrastructure in real-time. Trends can be analyzed, allowing staff to predict failures before they happen.

In areas where there are dead zones, the data is stored within the device and is forwarded once the vehicle returns to an area with wireless capability.

The technology has been used by key customers such as Glencore and Vale, but they also have other global mining companies that use the product.

Symboticware has made inroads into South America, particularly in Peru, where SymBot is being used at Milpo’s Cerro Lindo open pit mine, and where they have proposals into other major national mining projects in the region.

On the West Coast, the technology is finding favour with oil and gas companies and Petroski is optimistic of more good news ahead.

Collaborations have been critical to the company’s success.

“From an export development prospective, this has been the key for us. When you develop innovation in your own backyard it’s nice to work directly with customers and end users, but for our model to scale (globally) we’re not going to do it directly. We’re going to be doing it through these integration partners and larger organizations.”

Bringing a new technology to market has been risky for Petroski, who used his own money to get the business off the ground.

“It’s calculated risk. As an entrepreneur you have a certain comfort level, but I kid you not, it’s had its moments for sure.”